Clear Title of Arizona is pleased to provide its clients with the Clear Connections Monthly Market Update. This report will provide you with the latest real estate trends.
Our business is built around the concept of educating and providing the personal service that Real Estate Agents and Lenders have come to depend upon. We want to provide accurate data to our clients, associates and friends. It is intended to keep you informed on critical market trends that affect our businesses. 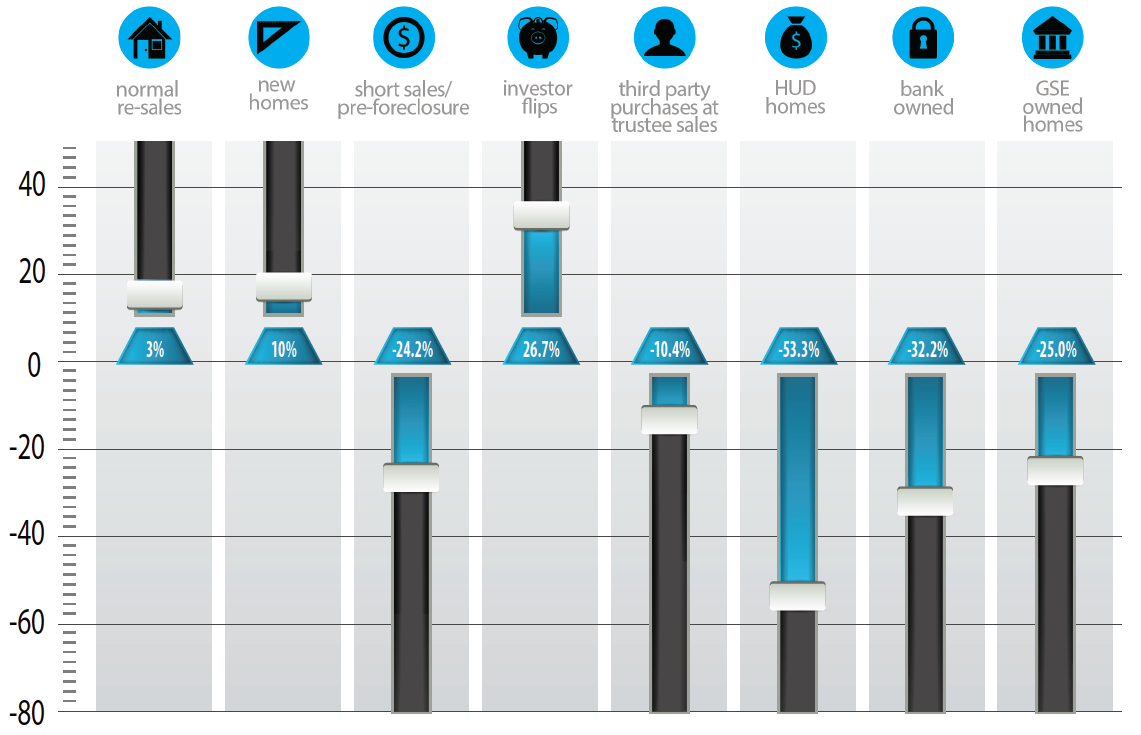 March 2018 had 22 working days, one fewer than March 2017, which helps explain the relatively small increase in normal re-sales. Investor flips are the fastest growing transaction type. This is partly due to the increasing activity of iBuyers such as Opendoor and OfferPad. The first part of their process usually results in a normal re-sale but the second stage counts as an investor flip unless it takes longer than 6 months to re-sell the property.
Because of rising prices, the change in total dollars spent on homes was even more favorable than the change in the unit count.

The swing in favor of attached homes that failed to show up in January and February came back again in March.
During March, average single-family pricing moved significantly higher than February, reading $329,801, up from $321,853 last month and up 8.8% from $303,199 in March 2017. Average new single family home prices during March were only 4.2% higher than last year at $382,336, but this was mainly because of a 3.1% drop in average new home size. 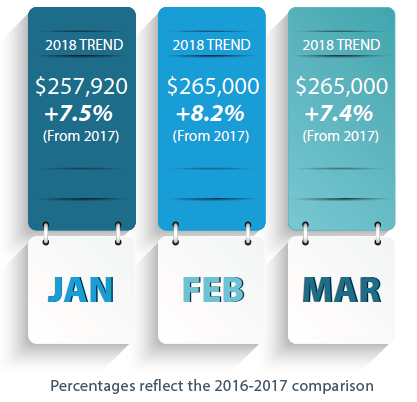 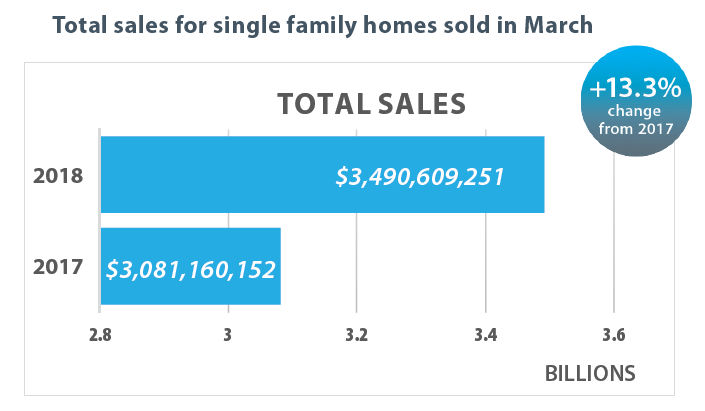 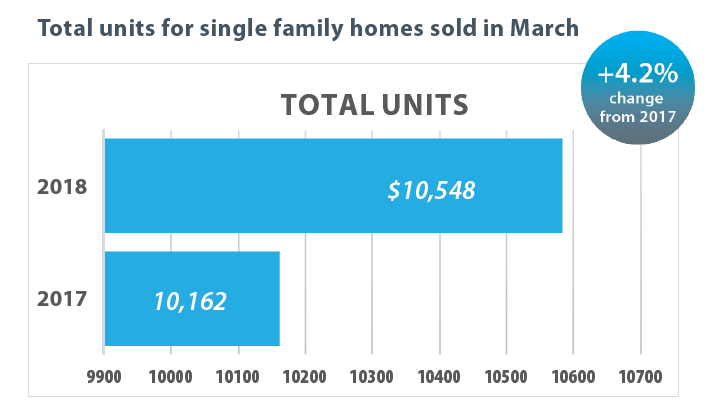 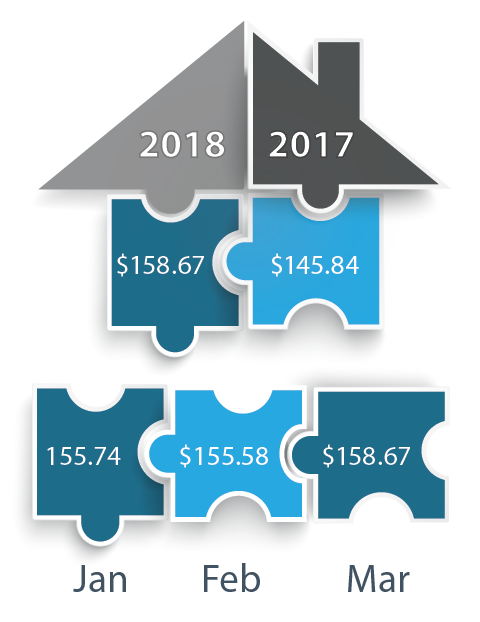 We saw an increase in non-distressed transactions (up 5% over this time last year), with investor flips growing by a very strong 27% (mostly thanks to iBuyers). New home sales were up 10% compared with March 2017. Distressed transactions fell another 23%. We saw a 10% decrease in third party purchases at trustee sales and new notices of foreclosure remain at very low levels. Reversions to lenders decreased by 49%.

The Greater Phoenix housing market remains healthy and continues to heavily favor sellers over buyers. During March supply remained very weak compared to historic levels though we did see a demand slightly lower, probably affected by higher interest rates. There is still no evidence of bubble conditions, but the chronic supply shortage of affordable homes continues to create major problems for buyers and shows little sign of getting better. Shortages are especially severe in the Southeast Valley.

Despite significantly higher interest rates, March remained strong for sales volumes and this suggests that buyers remain positive about the housing market. With supply still tighter than last year, we would expect continued increases in price unless something happens to disrupt this buyer enthusiasm. It would not be surprising if sales volume eased a little during 2018 as the lack of supply affects more price ranges and wider areas.